Previous Next
VIDEO | GET STARTED 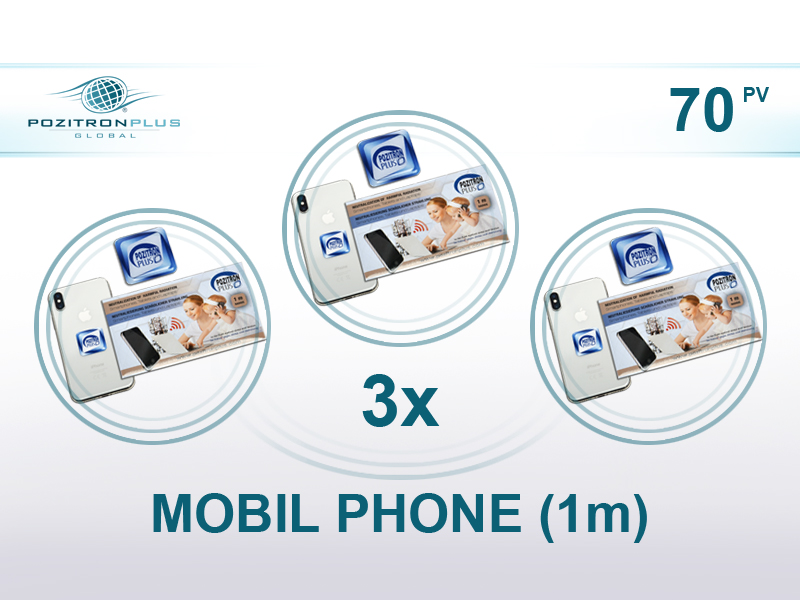 Harmonizes body energy, raises the flow of energy through all organs, eases your organism’s self-protection against pathogenic radiation from technical devices and wireless technologies...

Harmonizes body energy, raises the flow of energy through all organs, eases your organism’s self-protection against pathogenic radiation from technical devices and wireless technologies, as well as from the natural radiation within the radius of 1 meter.

With its programmed spectrum of physiological frequencies it powerfully raises the flow of energy in the structure of the head, brain and thyroid gland. In this way, it creates STRONG ENERGETIC SHIELD which significantly reduces the aggressive effect of the REPEATERS frequencies when the connection between 2 mobile phones is made (CERTIFICATE FROM THE BION INSTITUTE, PIP test, KAMERA – London, BIOSTAR TECHNOLOGY test, ROFES DEVICE test, SOCIO EDUCTOR test, and QUEST9 electro-physiological Biofeefback Devices ).

With its programmed frequencies, in a very high percentage (over 90% - CERTIFICATES EUNES and HUPED), Pozitron Plus helps your organism to defend itself from the electromagnetic radiation from technical devices and wireless technologies from the space in which you are spending your time (mobile phones, wireless phones, electric circuits, repeaters, tablet, laptop, computer, scanners, printers, microwave oven, air-conditioning, WI-FI, 4G, 5G network, etc.). In this way, it raises the organism’s defense from the harmful influences on the level that is above average. It protects you from the great robbers of human energy from our living and working environments. In this way, the inner energy of the organism’s defensive powers is not wasted and the immune system becomes naturally stronger.

In this way, POZITRON PLUS enables MUCH SAFER usage of the mobile phone (wireless phone, tablet, laptop, computer, WI-FI…) and completely naturally gives a priceless contribution to the protection of your health.

(this part goes to the lower part – under the POZITRON MOBILE PHONE image in the webshop.)

POZITRON PLUS – MOBILE PHONE (size 3x3 cm). It should be placed on the back of the mobile phone. Besides that, we warmly recommend to install it on all of the devices that you often use in your household – tablet, laptop, computer, TV set, wireless phone WI-FI router, microwave oven, air-conditioning device, etc.). In this way, you will significantly reduce the harmful effect on your organism while you are near, directly exposed to or when you use some of these devices.

The most harmful moment when you use your phone to talk to someone is the moment when you pick up the phone. That is when REPEATER sends an unnaturally strong energetic signal deep in your brain. At the same moment, POZITRON PLUS with its programmed physiological frequencies through the autonomous nervous system strongly raises the energetic flow in the head and brain. In this way it creates a strong natural energetic barrier which significantly reduces the harmful effect of the repeater.

When this connection is made, the repeater ceases to be harmful. The harmful effect is now overtaken by the strong BATTERY of the mobile phone, wireless network 4G, 5G and radio-waves which send strong electromagnetic radiation to the structure of the head and brain. POZITRON PLUS – within the radius of 1 meter – in a high percentage (90%) helps the human organism to raise its resistance to the pathogenic spectrum of electromagnetic radiation and significantly reduces the harmful effects of that radiation. In this way, it additionally enables much safer usage of the mobile phone (wireless phone, tablet, laptop, computer, WI-FI with 4G or 5G wireless network…).

POZITRON PLUS is not based on the PRINCIPLE OF BLOCKING the electromagnetic signals (unlike most of the similar products). It also doesn’t reduce the strength of the signals. If it did, the repeater would have to constantly increase its signal and – consequently – the effect on our health might be even more harmful. Devices that are used for measuring the power of EM radiation can show how the POWER OF THE ELECTROMAGNETIC SIGNAL remains unchanged in the presence of POZITRON. They can also show that POZITRON doesn’t interfere with the wireless signal in any way.

The key value of this innovation is the help it provides to the organism with a programmed spectrum of frequency waves in a high percentage of 90% in defending itself from the PATHOGENIC SPECTRUM OF EM RADIATION within the radius of 1 meter. Finally, Pozitron Plus DOES NOT HAVE ANY EFFECT ON THE DEVICES AND THEIR RADIATION. It only has multiple positive effects on human health which has been proven by our numerous certificates and tests.

An average person holds the mobile phone in their hand between 2 and 10 hours a day (using the messages for communication, using the Internet and social networks). The rest of the time, the person has a mobile phone in their pocket, on their desk or next to their bed. We have made several TESTS WITH THE LIVING DROP OF BLOOD with the help of DARK-FIELD MICROSCOPY. It was proven that influence of the EM radiation groups and agglutinates red blood cells. Consequently, the red blood cells lose their ability to bond the oxygen. Instead of that, they tie the waste material on themselves. This raises the thickness of blood and weak circulation. The organism creates too little energy which consequently leads to the decrease of immunity, chronic fatigue, nervousness, psychological issues, headaches, aching syndromes, etc. When the tested person is protected with POZITRON, all of the examined people with agglutinated red blood cells in THE FIRST TESTING, in the SECOND TESTING – already after 5 to 10 minutes had properly distributed and free red blood cells.

The new 5G wireless network is here and its density in the inhabited areas is very high. This will significantly raise the level of electromagnetic pollution of our working and living environments, but it also brings numerous new possibilities. This is the reason why – along with development of the modern technologies – development of the modern products for the protection of the human organism and reduction of the harmful effects of the technologies – is of crucial importance.

POZITRON PLUS – MOBILE PHONE is a modern, highly sophisticated NANO-TECH PRODUCT which helps to protect your health and your children's’ health. It provides MUCH MORE SAFETY in the environment where you are surrounded by modern technologies.

Our website uses cookies for statistical, advertising and functional purposes. Thanks to them, we can customize the site to your needs. Read more...